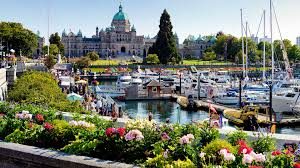 Victoria has cemented its place as Australia’s best tourist destination, with new data showing that 2018 was our tourism industry’s biggest year on record, welcoming more international visitors than ever before.

International visitors to Victoria spent an unprecedented $8.5 billion in 2018, up 12.9 per cent on the previous year driving economic growth and creating thousands of jobs.

Victoria’s tourism industry is growing at almost three times the national average and far surpassing Queensland at 3.7 per cent, and New South Wales at 2.4 per cent.

The growth wasn’t limited to Melbourne, with 565,000 international tourists staying overnight in regional Victoria, well above the national regional average.

Geelong was one of the strongest performers with international visitors up 12 per cent on the previous year.

These key growth figures indicate the increasing strength of tourism across Victoria, outpacing the rest of Australia as a tourism hotspot for visitors from around the world.

The figures also show Victoria is well on-track to reach our goal of growing the state’s total overseas and domestic visitor expenditure to $36.5 billion by 2025.

The visitor economy is one of the key contributors to the Victorian economy and employs around 215,000 Victorians annually.

Minister for Tourism, Sport and Major Events Martin Pakula said, “Victoria is a truly world class destination for international visitors and this strong growth shows what a popular destination our state is for travellers from across the globe.”

“With so many natural wonders, food and wine options, major events and cultural attractions it’s little wonder the figures released show how strong tourism is in Victoria.”