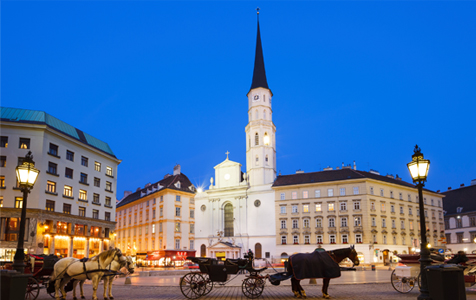 “In 2016 Vienna’s meetings industry recorded more events, bednights and value-added than ever before,” reports Director of Tourism Norbert Kettner.

Last year 567,000 delegates (+7% on 2015) participated in a total of 4,084 congresses, corporate events and incentives (+11%) in Vienna. The resulting number of bednights increased by 2% to around 1,718,000. The nation-wide value-added of the Vienna conference industry once again broke the significant billion-euro barrier, contributing a total of 1,072 billion euros (+3%) to the Austrian gross domestic product. 80% of this value-added was attributable to international congresses, which in 2016 attracted about half the total number of meeting delegates, and three quarters of bednights. Meetings, congresses and incentives in Vienna secured nearly 20,000 year-round jobs throughout Austria. Overall the Austrian capital recorded almost 15 million bednights in 2016, 12% of which were attributable to the meetings industry.

For the eighth time in succession, the consulting firm Mercer has just rated Vienna the city with the highest quality of life in the world. For years now, the International Congress and Convention Association (ICCA) has also ranked Vienna among the leading congress metropolises worldwide. “Vienna scores as an easily accessible central European hub, a multifaceted hotel sector, and top meeting locations,” explains Kettner. “Meetings are optimally supported by both urban and scientific establishments, and, with 36 licensed certification agencies for Green Meetings, Vienna has already demonstrated far-sightedness with respect to environmental compatibility and sustainability.” Vienna can be reached by direct flights from almost 200 destinations worldwide and currently offers around 66,000 hotel beds.