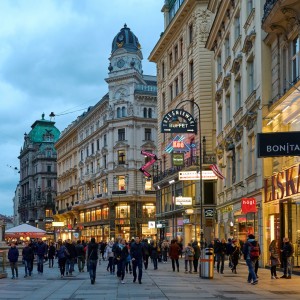 The Economist Intelligence Unit (EIU) compiled a new liveablity index in which the Australian capital achieved the top spot and had perfect scores across all categories.

The European cities performed well and took eight of the top 20 spots and in the top 10 Australia and Canada both claimed three spots each.The rest of the two spots were taken by Japan, London ranked 48th and was ahead of New York at 48th but was behind Paris which ranked 25th.
Around 140 cities around the world is being assessed in the index which rated them across five categories like stability, healthcare, culture and environment, education and infrastructure to come up with an overall score.

Vienna was followed by Melbourne and Sydney in Australia, Osaka in Japan and Canada’s Calgary.Damascus in Syria was the least liveable city having a score of just 30.6 out of 100, this was followed by Lagos in Nigeria, Dhaka in Bangladesh and Tripoli in Libya.

Moscow, Russia; Belgrade, Serbia; Hanoi, Vietnam; and Kiev, Ukraine were in the list of the most improved cities.Detroit in the US, Caracas in Venezuela were among the cities whose liveablity ranking has fallen the most over the last five years.

As per the report for the first time the effects of climate change was impacting the livability.Those cities which were most exposed to the effects of the climate change saw their scores downgraded. It included New Delhi in India which is known to have the poor air quality, Cairo in Egypt and Dhaka in Bangladesh.

If there is a lack of concerted global efforts to tackle the climate change the re will be risks of further downward revision in these scores which will threaten to offset improvements in other categories like education and infrastructure which will remain on a broadly upward trend.

Agathe Demarais, The EIU’s global forecasting director, said that the Western Europe and North America continue to be the most liveable regions in the world, and cities in these regions remain well placed in the overall rankings. Western Europe is home to the top-scoring city, Vienna, hosts 16 of the top 30 and 26 of the 68 that record scores of 80 or higher.

The cities in northern Europe in general score highly while those in southern Europe achieved poorer scores by comparison which was hampered by factors like higher crime rates and slightly weaker infrastructure scores.