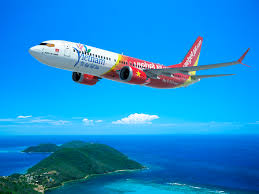 Vietjet saw 49 percent increase in air transport revenue for 2018 and it recorded a total revenue before audit of  VND52.4 trillion (approximately US$2.26 billion) which was up by 24 per cent as compared to last year. The pre-tax profit stood at VND5.83 trillion.

There was a 49 per cent year-on-year increase that reached 112 per cent of the business’ target and the Vietjet’s air transport revenue reached VND33.815 trillion (approximately US$1.46 billion).

Over the same period the auxiliary products and services grew by 57 per cent contributing around 27 per cent to the total revenue in 2018 showing a two percent increase 2017.