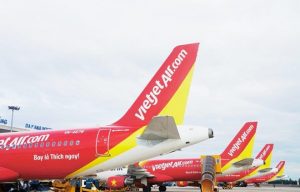 Vietnamese budget airline Vietjet will start its operation in India from December this year. The airline, which hogged limelight in 2011 with an ad featuring a crew in bikinis, will start flights between New Delhi and Hanoi, Ho Chi Minh City from December 6.

The airline is also offering “super-saving tickets” during its “three golden days – a special promotion” by the airline from August 20 to 22, 2019.

As per a report by the industry consultancy Capa, Hanoi-Delhi was the third largest Vietnam-India city pair, accounting for 12 percent of Vietnam-India bookings in 2018.  Indigo has already announced flights to Ho Chi Minh City from Kolkata from October 3.