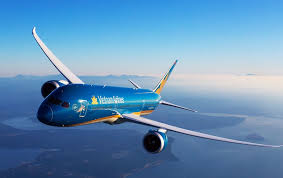 Pre-tax profit of VND 2.8 trillion, exceeded the expected figure by 15 per cent.

Vietnam Airlines has carried over 22 million passengers on 142,000 flights and 350,000 tons of cargo in 2018. It modernised the fleet and invested in technology with two wide-bodies Airbus A350 and three narrow-bodies A321Neo.

Vietnam Airlines was also recognised as the World’s Leading Cultural Airline by voters at the World Travel Awards.

Japan is the largest market for Vietnam Airlines, making up more than 20 per cent of its sales. It inserted 10 weekly flights to and from Japan in 2018, bringing its total to 80.