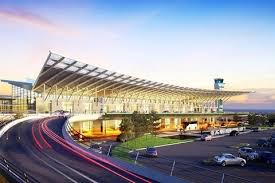 The Van Don International Airport in Vietnam officially opened on December 30, with the airport expected to open new avenue between northern Vietnam and Taiwan.

This is the first private airport, expected to open international routes to Taiwan, South Korea, Japan, China, Thailand, Malaysia, Singapore and Cambodia, as well as offer many connections within Vietnam.

During the first phase of operations, the airport is expected to service 2.5 million passengers, and this figure is planned to rise to 5 million during the second phase.

Van Don International Airport is a dual-use airport, with a significant shopping center and office suites, and occupies 325 hectares of land. The airport, alongside other infrastructure projects, is hoped to promote economic development, as well as tourism in Quang Ninh province.

The Prime Minister of Vietnam, Nguyen Xuan Phuc attended the opening ceremony for the $300 million Van Don International Airport, which is located in the northeastern coastal province of Quang Ninh and is about 120 km from the border with China.

The 290-hectare facility is capable of accommodating large commercial jets, including Boeing 777s and Airbus A350s.

The facility is wholly owned by Sun Group, a Danang-based company that specializes in tourism-, leisure- and entertainment-focused properties and projects. Sun Group is Vietnam’s biggest cable-car operator, with facilities at many popular tourist destinations.

Sun Group was founded by its chairman, Le Viet Lam, who studied in Russia before investing in a company called Technocom in Ukraine with Pham Nhat Vuong, chairman of Vingroup, Vietnam’s largest private company.

Van Don airport was constructed with assistance from Netherlands Airport Consultants, one of the world’s leading airport consultancies and engineering companies.

The airport is operated based on the build, operate and transfer model, and the investment costs are expected to be recouped in 45 years.