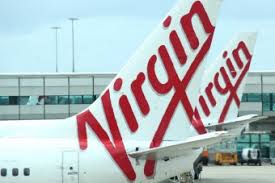 The campaign has been launched this week and will run until May 29, 2019, or until the fares are sold out. Fares from Sydney, Melbourne and Brisbane to Perth will be on sale from $199 one-way.

Tourism Minister Paul Papalia said, “I encourage those who haven’t come home to WA for a while to take advantage of these affordable airfares and experience Perth’s fantastic transformation firsthand.

“It is also a perfect opportunity for sports fans, with the travel dates aligning with some of the key highlights from our blockbuster 2019 calendar of events at Optus Stadium which also hosts AFL games.”

The Virgin Australia co-operative marketing campaign includes social media and digital advertising, and is part of an ongoing two-year agreement between the airline and Tourism WA.

This co-operative campaign is supported by a Tourism WA-led ‘Plan a Perth Reunion’ campaign, which aims to attract Western Australians who now live on the east coast to visit the State and reunite with family and friends.

The digital advertising will promote attractions in Perth and the surrounding area to those who engaged online with the Tourism WA-led campaign, and suggest a range of options to enjoy as part of their holiday itinerary.

The reunion campaign runs until mid-June and will be further supported through TripAdvisor digital advertising.