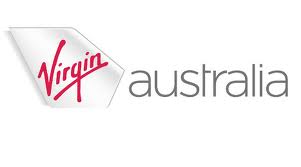 Victoria Minister for Innovation, Services and Small Business Louise Asher recently said that the Victorian Coalition Government reaffirmed its support for Virgin Australia to acquire a 60 per cent stake in Tiger Airways.
“The Coalition Government supports retaining aviation sector jobs in Victoria. Tiger established its Australian headquarters here in Victoria and we continue to enjoy a successful relationship,” Ms Asher said.
“This arrangement between Virgin Australia and the Singapore Airlines-backed Tiger Airways could see Tiger’s Victorian operations grow from 11 up to 35 aircraft and we believe that offers the aviation sector in this state a great opportunity to grow.
“The tourism benefits of an increase in outbound and inbound capacity for Victorians and visitors to Victoria alike significant and will contribute to Victoria’s $15.9 billion tourism industry.
“The Coalition Government has identified south-east Asia and China as key tourism and trade markets for Victoria over the next decade, and the increase in capacity from Melbourne through to Tiger Airways’ Asian hub ports is highly beneficial to Victoria.”
Minister Asher said the Coalition Government had a strong aviation attraction policy which was a key part of the Coalition Government’s reform agenda since coming to office in December 2010.
“Victoria has two curfew-free international airports now, with the recent granting of international status to Avalon and we believe our lack of airport curfew restrictions place Victoria well ahead of New South Wales as the key financial hub of the east-coast in which to attract airline growth,” Ms Asher said.
Virgin Australia’s 60 per cent acquisition of Tiger Airways is subject to approvals from the Australian Competition and Consumer Commission (ACCC) and the Foreign Investment Review Board (FIRB).
The Coalition Government wrote the ACCC in November 2012 supporting the partnership between Virgin ustralia and Tiger Airways because of its potential economic benefit to Victoria.