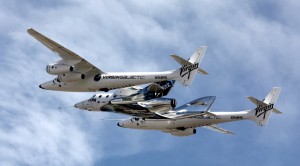 Virgin Galactic, the company set up by Sir Richard Branson has launched its first ever space tourism rocket.

Virgin Galactic said that this new spaceship named “Unity” was carried aloft by its mother ship and released over California’s Mojave Desert.

Sir Richard Branson’s company management says that this new tourism centered spacecraft achieved the supersonic speed before the pilots shut down the engine and it glided back to Mojave Air & Space Port.

This was Virgin Galactic’s first powered flight since the 2014 crash of its original spaceship that killed one of its two pilots. This new tourism space craft “Unity” was previously flown on test flights in which it remained attached to the mother ship and others in which it was released to glide without lighting the rocket.

The pilots raised the craft’s unique twin-tail booms to a 60-degree angle to the fuselage to slow and stabilise “Unity” during the initial stages of descent, and then lowered them back to the conventional configuration lower in the atmosphere. The runway landing was described as smooth.

The tail of Unity booms are known as “feathers” because their function is likened to the feathers of a badminton shuttlecock.