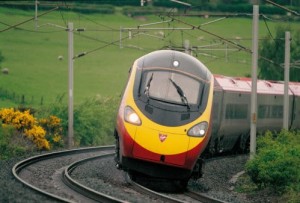 A call by Virgin Trains asking passengers to book a reserved seat for every long–distance travel was rejected.

The ‘turn up and go’ principle should be scrapped according to the West Coast train operator and compulsory reservation should be mandatory limiting the passenger number.

Many foreign railways follow the rule, this includes French long-distance services, as well as Eurostar trains from London to Brussels and Paris.

However, travellers voted by 56:44 per cent to retain the status quo as revealed by a status quo.

After the Department for Transport (DfT) ruled its bid non-compliant over pension provisions by next year the Virgin Trains will lose its franchise. Evidence were submitted to the Willimas Review by the train operator to look into the future of railway calling for radical changes to long-distance rail travel.

An unlimited number of off-peak return ticket at fares set by the Department for Transport (DfT) is an obligation by train companies providing long-distance services.

Virgin Trains said that they are inevitably cheap for some services and too expensive for others. This causes all-too-frequent sight of customers forced to stand on a a long-distance journey.

The number of people boarding each train is not controlled by the Rail firms unless the crowding is physically unsafe.

Virgin Trains believes in importing the airline model into the long distance rail sector.  For passengers with a season ticket, a seat should be booked and customers with ‘open ‘ , fully flexible tickets will need to do the same instead of turning up at the last minute.

No further tickets could be sold for the train or reservations made after all seats were taken. It is expected that the policy change would make everyone more comfortable and remove the flexibility that has long been a cornerstone of UK rail travel.