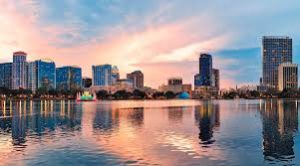 Visit Orlando will get millions more annually in tourist tax money to tell the world about Central Florida’s theme parks, restaurants, weather and natural attractions under a new funding plan, which also aims to double to $4 million the amount of money set aside to bid on bringing big-time sporting events here. The plan, recommended by the Tourist Development Council, would grow Visit Orlando’s share of tourist tax funds from 23% to 30% by 2022.

Only the Orange County Convention Center gets more in bed-tax money than the $55 million the county is giving to Visit Orlando this year.

“We really want this $70-plus-billion [tourism] industry to continue churning in this community,” said Orange County Mayor Jerry Demings, who also serves as chairman of the nine-member TDC, which advises Orange County commissioners how to spend the tourist tax funds. “What we’re trying to do is insulate our community to a potential downturn in the economy.”

Demings emphasised the importance of revenues from the 6% levy, which is added to the cost of a hotel room, home-sharing rental or other short-term lodging. A record 75 million people visited Orlando in 2018, making it the most-visited destination in the U.S., according to Visit Orlando.

“It would be really catastrophic for our community if that dips too much,” the mayor said after the meeting. “We want to keep pace. It’s a competitive market space we operate in, it’s a global market space. We have to continue to ensure that what we offer visitors is fresh, that it is innovative and that it is current with the current market conditions.”

That figure is up $7.5 million over the same period a year ago, though the impact of Hurricane Dorian won’t be known until the September is over.

The hotel occupancy for the first week of September, when the powerful storm was forecast to strike Central Florida, was down about 15% from 2018, said George Aguel, president and CEO of Visit Orlando. He said many visitors postponed or cancelled stays for the Labor Day holiday weekend, evidenced by hotel occupancy dropping about 34% from 2018.

Surf Expo, which draws 30,000 people to its annual convention, cancelled its show here, said David Ingram, interim director of the Orange County Convention Center. The pre-show outdoor festival, Waterfest, also scrapped its Sept. 4 event at the convention center because of the hurricane’s threat.

The Orange County spends about $104 million a year from its tourist-tax bounty paying debts, maintenance and operations for the convention center. The complex hosted 27 other conventions drawing about 264,000 people during the soon-to-end quarter.

Among the gatherings were a convention of Zumba instructors, attended by 6,000 fitness dancers; the Assemblies of God annual conference, which drew more than 23,000 worshippers; the nursery and landscape industry’s 2019 Landscape Show, which attracted 7,200 visitors; and ICAST 2019, the world’s largest sport-fishing trade show, which lured 14,500 anglers.

The new spending plan adds emphasis to sports and cultural tourism opportunities, while eliminating irrelevant ones like improving the now demolished Amway Arena. The previous spending plan for tourist taxes was approved in 2007 and set to expire Sept. 30.

The sports incentive fund will get infused with an extra $2 million. The money will be used to pursue “major marquee events” like Wrestlemania and all-star games and to bid on collegiate championship events in 2022 though 2026, said Jason Siegel, CEO of the Greater Orlando Sports Commission. But the sports commission also hopes to land e-sports video gaming competitions, a growing segment of sports entertainment.

Siegel said the region has venues to host pre-Olympic competitions in dozens of sports and attract national and international youth championships.