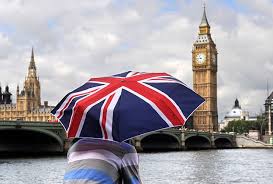 VisitEngland attracted £13 million of investment in cash and in-kind from commercial partners and delivered £2 million profit from its online shop – money which is reinvested into its activities to grow the value of tourism.

The results, announced at the VisitEngland’s annual review, come on the back of a strong 2017 for inbound tourism.

VisitBritain forecasts that it will beat its ambition of 40 million inbound visits by 2020 this year. Brits have also been taking more holidays at home with visits and spend up by 6% in 2017.

UK Minister for Tourism Michael Ellis said that Britain’s tourism industry is booming. Last year was a very strong year for domestic and inbound tourism, with tens of billions of pounds going into their economy. The government, alongside VisitEngland, is working with the sector to build on this success with an emphasis on attracting major business events and investing in local tourism projects through the Discover England Fund. The tourism shows the world the best of our nation. As we approach the UK’s exit from the European Union, we are absolutely committed to helping the industry continue to grow, promoting the country as a must-visit destination and ensuring that local communities benefit.

British Tourist Authority Chairman Steve Ridgway CBE, former Chief Executive of Virgin Atlantic Airways, said tourism in the United Kingdom was one of the growth industries, growing at a rate faster than the digital industries and continuing to attract overseas investment.

Mr Ridgway said that the travel and tourism is the country’s shop window to the world.

A £127 billion powerhouse which continues to deliver for the British economy, creating jobs and driving economic growth right across the country. Our third largest service export, tourism needs no trade deals to prosper. Britain is already competing strongly in our most valuable visitor source markets such as the US and in markets that are crucial for future including China. Mr Ridgway said that while look back and celebrate, it was important to take a clear-eyed view of the future too. They face a number of significant challenges, the most important the UK’s departure from the European Union. Whilst we address the initial fluctuations in currency and EU worker concerns, we soon will need to deal with the longer-term realities. We want to ensure that the future relationship keeps our borders as frictionless as possible for visitors, our aviation as connected as ever, and our economic stability on track – because tourism depends on this.

Mr Ridgway is leading the tourism industry’s bid for a sector deal under the UK Government’s Industrial Strategy which would help the industry face Brexit with increased resilience while boosting its productivity.

He said the Discover England Fund, launched by the UK Government to develop world-class bookable tourism products across England to attract the visitors of the future, had launched 22 new schemes during the year with 12 in excess of £1 million.

The agency had also seen success in securing more international business events for the UK, growing this valuable economic sector and driving more business throughout the year and across the country. Just last week VisitBritain brought Chinese business events buyers here to do business, demonstrating to the world’s most valuable outbound market why the UK should be their destination of choice.

As the agency looked ahead to its 50th anniversary in 2019 Mr Ridgway said the priority was to continue to work in partnership with industry, Government and destinations to ensure tourism’s future resilience, growth and economic delivery across the UK.