Visitors to the Cambodian coasts have increased considerably 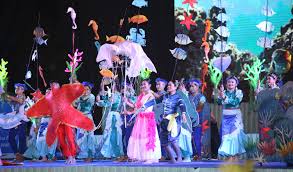 The Ministry of Tourism had predicted that this year, at least 1.3 million international travelers and 3.4 million domestic tourists will come to the Cambodian coast.

On Saturday, while delivering speech at the opening ceremony of the Sea Festival, Minister, Thong Khon, explained that the number of tourists, domestic and international, coming to the coastal areas in the Kingdom is constantly increasing every year.

In 2019, the Sea Festival, now in its eighth edition, is being organized in Kampot province.

Mr Khon said that the domestic tourists will increase by 3 percent.

The minister eulogized the Cambodian coast during his speech. “The diversity and cultural resources on the coast and on the islands is a great advantage for Cambodia.”

By 2020, coastal areas will be welcoming almost 1.7 million foreign tourists and 3.5 million domestic tourists every year. By 2030, about 7.5 million tourists from abroad will come to the coast every year, the minister said, observing that this entails an average growth of 10 percent a year.

Back in 2011, Cambodia became a member of World Bay Club, when the first Sea Festival was organized. The festival is a yearly event arranged on various coastal provinces each year on a rotation basis.

It is all set to encourage the tourism potential of the coast and support the efforts of the government to create the industry sustainably.

Cambodia will organize the 18th World Congress of Worlds’ Most Beautiful Bays Club in 2022.

Tags: Visitors to the Cambodian