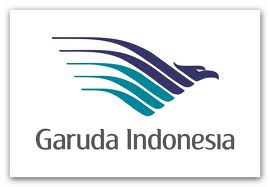 Recently, Garuda Indonesia had hosted the Open House trade meet to the travel trade along with the Visit Indonesia Office.

This airliner has appointed Bird Travels as the General Sales Agent and it has 8 offices in India.

The aim of this major event was to raise the awareness about the new office of Garuda Indonesia in the city of Mumbai as well as informing the trade about the different opportunities that were available to promote the country of Indonesia as an interesting destination.

Recently, the Garuda Indonesia office was inaugurated at a certain place in the city of Mumbai in Maharashtra, India.

The Consul General of the Republic of Indonesia named H.E. Saut Siringoporingo had inaugurated the event in the traditional Indonesian way and had addressed all the guests thereafter. This ceremony was conducted in the presence of Garuda Indonesia Service and Station Manager, Sampiriyanto and also Shelly Chandok, the Country Manager of Visit Indonesia Tourism Office along with the entire team of Garuda Indonesia.

The press conference was addressed by the Consulate General, Tourism board and the Garuda Indonesia Station and Service Manager.

The product presentation was offered to the travel fraternity to update them about the Garuda Indonesian Services and also to promote the Indonesian locales beyond Bali.