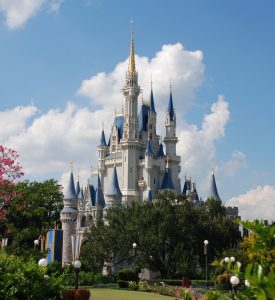 The Walt Disney Company has decided to lay-off its theme park staff, starting April 19, this year. The decision arrives following the closure of all Disney theme parks due to the coronavirus pandemic.

Earlier last month, the entertainment giant announced that most of its theme parks would remain closed until further notice. Therefore, with no specific reopening date in mind, the company has decided to lay-off non-union workers. It has also decided to stop collecting payments for its annual park passes.

On Thursday, Disney said in a statement that all its employees have received full pay and benefits during the time of crisis. It also mentioned that the company is committed to paying its staff through April 18, for a total of five additional weeks of compensation. It further stated that with no clear indication of when Disney can restart its businesses, the company is forced to make the difficult decision to take the next step and furlough employees whose jobs aren’t necessary at the moment.

Disney’s theme parks across the globe are closed for an indefinite period of time due to global restrictions of public or mass gatherings amid the ongoing COVID-19 crisis. Parks in Asia has been closed since February and parks in the U.S. and Paris have been closed since March. The entire Disney Parks, Experiences and Products segment has around 177,000 cast members. This also includes people who work in its theme parks and at retail locations like the Disney Store. However, the total number of staff getting affected by the lay-off is still unknown.

Employees whose roles or projects are crucial to maintaining operations during the period of closure will continue with their duty. Furloughed staff will be eligible for $600 per week in federal compensation through the $2 trillion economic stimulus bill, as well as state unemployment insurance. Those employees will also receive full health-care benefits. Disney will also pay the cost of employee and company premiums. In addition, they can also continue with their Disney Aspire education programs.

Disney also announced in its statement that it has made changes to annual pass holder tickets because of coronavirus. Guests who purchased their full annual will get an extension of the pass for the number of days that the parks remain closed. Disney Executives also mentioned that the reality has been sobering to the entire team but irrespective of the difficulty it was the right decision to protect cast members, guests, and communities.