Warning in UK as Storm Eleanor heads to the shores 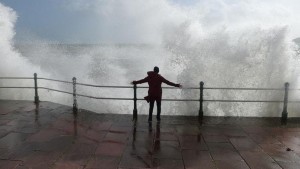 There will be the strong winds which is measuring up to 80 mph are set to hit in some parts United Kingdom as Storm Eleanor heads for the nation’s shores.

The Met Office of United Kingdom has issued a yellow warning for parts of northern England, large areas of southern Scotland and Northern Ireland from 18:00 GMT.

The Gales with gusts of 60 to 70 mph are likely, with stronger winds possible in some areas of the west coast. Storm Eleanor is the fifth named storm to hit the United Kingdom this winter.

The Met Office warning – which lasts until 08:00 on Wednesday – said some western coastal communities could be affected by large waves and spray. There is a chance of injury from beach material being thrown across sea fronts, roads and coastal properties. The warning also includes the power cuts and the disruption of other services. A second yellow warning, of strong and potentially gusty winds, has also been issued for Wales and much of England for most of Wednesday.

The strongest winds are expected in exposed coastal areas in the west and south. Met Éireann, the Irish Meteorological Service, has issued an amber warning for the country, with “damaging gusts” from Storm Eleanor expected. The Environment Agency warned the combination of strong winds and high tides could cause coastal flooding in parts of the UK. Carol Holt, flood duty manager, urged people to stay safe and warned weather-watchers not to take “storm selfies”.