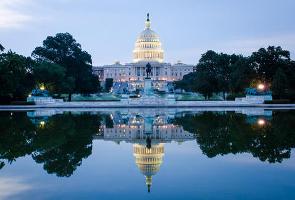 Washington, DC attracted record 21.9 million domestic visitors in 2018 as per Destination DC (DDC). This marks continuous growth for the ninth consecutive year. ‘Discover the Real DC campaign’ helped to show the potential visitors that there’s so much more to see and do in Washington, DC beyond the federal government.

Elliott L. Ferguson, II, president and CEO of DDC said “An additional 1.1 million domestic visitors to DC year-over-year is a big deal for the city,”

According to IHS Markit, visitor spending in 2018 amounted to a record U.S. dollars 7.8 billion, which is a rise by 4.3 per cent. It resulting in U.S. dollars 851 million in local taxes realized by the District.

As per Mayor Muriel Bowser, from sporting events to restaurants to music venues and museums, visitors have more to do and see in the city than ever before. He added: “We’re proud to welcome people from around the world – to show them the city that is home to more than 700,000 Washingtonians, to create jobs and opportunity for our local businesses, and to share the history and culture that has made DC the best city in the world.”

The continued growth of tourism industry reflects the overall strength and success of Washington, DC, he opined.

In 2019, Washington, DC welcomes 20 citywide meetings (meetings with 2,500 room nights on peak and above), generating more than 370,000 total room nights. Sixteen hotels in the pipeline will add 3,263 rooms to the city.