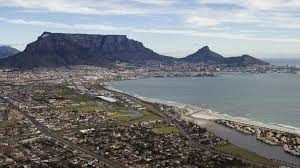 As per a report, tourism revenue in Cape Town could have plunged by R1 billion due to the impact of the water shortage and stringent visa regulations.

While the report by accounting firm Grant Thornton is underway, the tourism industry is aiming to make up for the loss, rejuvenating itself and growing its share of the international and local travellers.

The Western Cape is hopeful about this festive season’s tourism numbers and is preparing for a bumper season. However, the Chamber of Commerce and Industry has warned that load shedding could dampen hopes of turning tourism around after Eskom announced blackouts across the country.

The province’s tourism and trade promotion agency, Wesgro, has launched a number of initiatives to win back tourists to the province.

The agency believes that the easing of water restrictions on Saturday will send out the message that Cape Town is “open for business”.

“We cannot at this point predict what the figures are going to be. However, we are working on a comprehensive report on the impact of the drought on the tourism industry with Grant Thornton. Results will be shared in the first few months of next year,” Lain said.

Lain said that although some areas in the Karoo continued to experience severe water shortages, travel trends showed that traffic remained relatively constant as the area was en route to other destinations along the Garden Route, some of which had been protected from the harshest impact of the drought.

Several campaigns have been launched to put Cape Town and the Western Cape back on travellers’ lists, and to reconstruct investor confidence in the region and country.
Tourism in the province employs more than 300 000 people and is considered as a key economic contributor.

The tourism industry has launched a recovery plan, which is a collaborative effort by all levels of government, tourism industry and Airbnb, which saw the launch of a global campaign to change the present situation.