Home » Which way does the clock go – European Commission proposal

Which way does the clock go – European Commission proposal 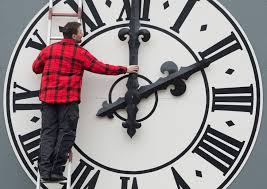 European Commission has proposed to remove the twice-yearly seasonal clock change across the bloc.  EU countries will get to decide whether or not to permanently stick with summer or wintertime schedules. However, the airlines in the continent are worried.

The new rules will create turbulence in the operations of the airlines – affecting fleet planning, crew rostering, and flight scheduling to/from Europe.

Airlines for Europe (A4E), Airlines International Representation in Europe (AIRE), the European Regions Airline Association (ERA), and the International Air Transport Association (IATA) felt that the rules will create chaos if there is lack of harmonization between all EU countries. Change in Daylight Saving Time (DST) can prove costly and difficult to accommodate if there is no synchronization.

These airline trade bodies prefer to keep the current system. In case the seasonal time changes are abolished, they would opt for permanent summer time than that of winter time.

European Commission presented a legislative proposal in September, observing that the seasonal time switches are less relevant. The energy savings are minimal and the passengers suffer negative health consequences.  About 60 countries, mostly in North America and Oceana, observe summertime clock.

An online public consultation was held in the summer. About 84 per cent of the 4.6 million respondents voted in favour of ending seasonal clock changes.

There has been a mixed reaction by the member states. Portugal, Greece and the United Kingdom are strongly against ending the bi‑annual clock change. Cyprus, the Netherlands, Ireland, France and Denmark have not yet taken a stand. Majority of the bloc’s countries are in favour of abolishing daylight savings time.

The proposal needs the backing of the European Parliament and the 28 national governments.

The airline associations are concerned about the effect on the slots. Scheduling depends on the slot timings and availability. Changing the slots can make the scheduling and reestablishment of global networks too complex.