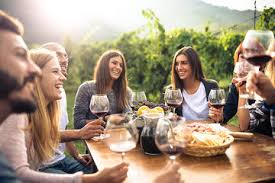 In a bid to promote Western Australia’s fresh produce and stunning landscapes to travellers, the WA govt has launched a new initiative which targets the growing food and beverage tourism market.

The WA Food and Wine Trail initiative has been supported by Tourism Western Australia to showcase locations across the State. Initially 14 trails will be promoted through regional and local tourism organisations, WA govt revealed through a press statement.

“Food and wine tourism is one of the fastest growing sectors of the tourism industry worldwide, with almost 400,000 food and beverage travellers visiting our State each year,” Tourism Minister Paul Papalia said.

The Minister added, “The food and wine trails initiative taps into this lucrative market, promoting our State’s fresh, safe, high-quality produce which can be experienced in some of the most beautiful landscapes in the world.”

Tourism WA worked with the businesses featured to create brochures for each trail, highlighting the unique regional produce of that region. The brochures include local maps, accommodation and tour information and are available from visitor centres.

The trails are part of Tourism Western Australia’s Food and Wine strategy to strengthen the reputation of WA as a destination with gourmet produce and premium beverages of international recognition.

It also complements the launch of the Road Trips campaign, which promotes driving holidays in WA as the perfect way to experience the best of Australia.