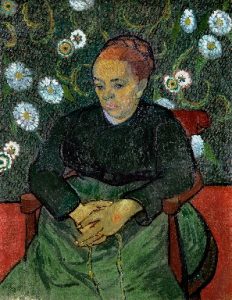 The world-famous Städel Museum presents an art exhibition that focuses on the Legend Vincent van Gogh and his significant contribution to German Art.

A German Love Story, the exhibition focuses on creations from the early 1900. It unites more than 120 paintings and works on paper. At the heart of the exhibition are 50 key works by Vincent van Gogh from all phases of his artistic work. It is the most comprehensive presentation in Germany to include works by the painter for nearly 20 years.

Running until 16 February 2020, the exhibition will feature artworks from some of the world’s most renowned museums, including the Metropolitan Museum of Art New York and the National Gallery of Prague.

The largest and most elaborate show in Städel revolves around the special significance of German gallery owners, collectors, critics and museums for the success story of this precursor of modern art. It features more than 120 paintings and works on paper, including around 50 of the artist’s key works and 70 artworks by German artists.

‘Making Van Gogh’ addresses the special role that gallery owners, museums, private collectors and art critics played in Germany in the early twentieth century. Van Gogh was perceived as one of the most important ancestors of modern painting. Van Gogh’s life and work attracted broad and lasting public interest.

Van Gogh’s success story is closely connected with the Städel. With the support of the Städelscher Museums-Verein, it is one of the first museums to purchase works by the Dutch artist for assembling a modern art collection.

The tour extends over 2,000 square metres of exhibition space in the Garden Halls of the Städel Museum and is divided into three chapters: Legend, Influence, and Painting Style. The chapters deal with the origin of the legend surrounding Vincent Van Gogh as a person, his influence on the German community of artists, and finally his distinct style of painting, which fascinates numerous young artists.