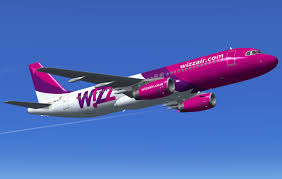 The Civil Aviation Authority data has shown that Wizz Air had the worst punctuality record of the UK’s busiest airlines.

The analysis of the regulator’s data by the Press Association found that the low-cost carrier’s UK departures were 23 minutes late on average in 2017, compared to an average delay of 15 minutes for all of the 44 airlines included in the piece.

The data revealed by Civil Aviation Authority also showed that Scandinavian Airlines was the most punctual, with aircraft typically taking off just seven minutes behind schedule. Aer Lingus had the second best record, followed by Air France, Alitalia and Delta Airlines.

The rankings, which were taken from Civil Aviation Authority (CAA) data, features the 44 airlines with at least 2,000 scheduled flights from UK airports last year. The average delay figures take into account every flight that operated, including those that were on time. The cancelled services are excluded.