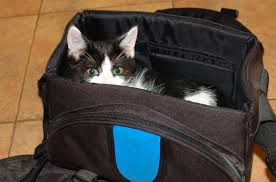 A woman was kicked off a flight after she was caught trying to smuggle her cat on board inside her hand luggage.

The passenger, who was bound for Heathrow on a British Airways flight from Glasgow, claimed that she needed her feline friend for ‘emotional support’.

British Airways cabin crew caught out the American traveller after she was told that she had to put her bag in an overhead locker as she was sitting by an emergency exit.

They were not sympathetic to the woman’s pleas and told her she was being removed from the flight, along with the cat, who was being stored in a box in the bag.

A certain spokeswoman for British Airways mentioned that cats cannot travel in the cabin but recognised assistance dogs travel free alongside their owners.