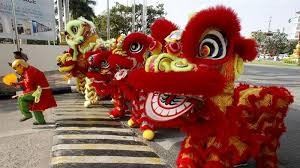 As we get closer to the Chinese New Year, the world is getting prepared to celebrate the Spring Festival

Different cultural events like music and dance performances, along with photo exhibitions and various art shows being organized all around the world. During this week-long vacation, many countries will hold the surge of Chinese tourists.

Analysts explained that the Spring Festival is becoming a “world gala” with people getting to know China in an improved way via this traditional event while economically benefitting from the festival revenue.

The Spring Festival, or the Lunar New Year, is considered as a well-known traditional festival for every Chinese, with “key signature events” like family reunions, feasts and performances.

As per the Chinese lunar calendar, the year 2018 will be the Year of Dog. It will officially start on Feb. 16th.

The Spring Festival has loads of Chinese wisdom, as explained by Guan Zhaoyu, associate research fellow with Chongyang Institute for Financial Studies, Renmin University of China.

As per the recent release of the State Council Information Office in China, the Chinese New Year will be observed in over 400 cities in more than 130 countries and regions in 2018.

Yangon, largest city in Myanmar arranged a Chinese gourmet festival to bring in traditional Chinese cuisine to the people of Myanmar.

The gourmet festival targets not only food-culture exchange in between the two nations but to endorse ASEAN-China relations, said Sun Jianhua, deputy director of Education, Culture and Tourism division of ASEAN-China Center as well.