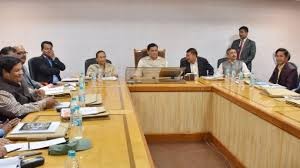 On August 21st, a World Bank team will be assessing an Assam government proposal for an eco-tourism project.

The Rs. 732-crore eco-tourism project focuses on developing eco-tourism sites, especially in Dima Hasao, Majuli, Barak Valley districts, among others, along with a few pilgrimage sites in order to attract tourists from China, Japan and Korea.

The proposal was submitted to the ministry of DoNER in February of this year.

However, officials opine that the main test for Dispur would be to convince the World Bank, a “vital source of financial and technical assistance to developing countries around the world, about the livelihood options the ambitious project provides, especially to the women population.”

“They are looking at how the project would help generate livelihood options and proper utilization of funds. There are several components to the project, apart from development of eco-tourism and pilgrimage sites, which we have seen are an important revenue stream. An important component of the project is capacity building,” a tourism department official said.

Besides “convincing” the World Bank, the project needs to get clearance from several ministries like the ministries of home and external affairs, tourism Niti Aayog and the department of economic affairs.

Foreign tourist arrivals in Assam had showed a marked increase with 37,840 foreigners visiting the state between April 2016 and October 2017. They were majorly from France, the US, Germany, Austria, Croatia, Russia and the Netherlands.

The increased number of tourists has created better employment opportunity for the local population in the region.