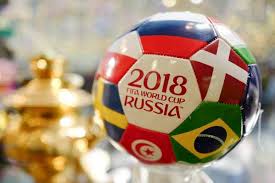 The event tourism segment is emerging fast and has received a major boost up from the World Cup of this year, which witnessed millions of fans visiting Russia in spite of the tense relations between Moscow and western governments.

In general, tourism is a growth sector, overseas tourist arrivals raised by 7% in last year to reach a total of 1.3bn, as per the recent UNWTO World Tourism Barometer and event tourism is growing faster than many other sectors, according to Sefi Donner CEO of international ticket broker Sports Events 365.

“This segment in tourism is growing every year and it’s growing faster than regular tourism is growing, as more and more people realise it’s not that challenging to combine a sporting or other event with a trip,” Donner says in an interview with bne IntelliNews.

As incomes grows up all over Central and Eastern Europe, and low cost airlines carry on expanding their networks, travel to and from the place has increased. Sports Events 365, which manages websites in 19 different languages, has been getting bigger in term of its presence in CEE along with other regions like East Asia, and signed large-scale co-operation contract most lately with TUI TravelCenter to market its services in Romania.

Under the terms of the contract, TUI TravelCenter, the largest travel agency of the world will offer its B2B and B2C customers with access to all the important sporting events outside the country by using the Sports Events 365 database and search engine.