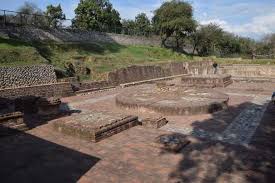 As Jammu and Kashmir is observing World Heritage Week, prehistoric sites remain abandoned. There is no such effort and plan to bring those sites on the tourist map of the world.

Ambran, located on the banks of the Chenab in the Akhnoor subdivision, where the Archaeological Survey of India (ASI) had discovered the damages of the 8th century Kushan period Buddhist Stupa at the time of excavation in 2001, remains off the radar of the government, particularly the tourism department.

In spite of the Tourism Ministry including J&K into the nationwide ambitious Buddhist circuit in 2015 to develop infrastructure at historical sites, not much effort has been put in the state.

Tibetan spiritual leader Dalai Lama had visited Ambran in 2012, during his visit to J&K.
“A visit to the site is enough to see the neglect and sense of abandonment. Except a few ASI employees which have kept the ruins well maintained, nothing has been done,” said Surjeet Singh, who visited the historical site recently.

Director, Tourism, OP Bhagat accepted the fact that negligible effort had been made to expand the tourism potential of the area.

“We are making a comprehensive plan for exploring the tourist potential of the area. I will visit the area with senior officials to discuss ways to make it attractive for tourists,” said Bhagat.

Experts claim that the area around the site on the banks of Chenab has the potential to be a treasure trove of artefacts dating back to the 5,000-year-old Harappan civilisation but it requires government’s greater involvement.