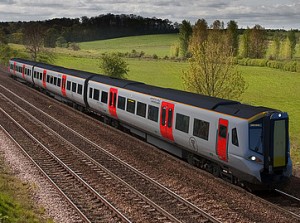 The estimated cost of the development will be £100m and would need the support of the local and private sector investment.

Two electrified test ovals of 7:3 km and 3.1 km adapted for continuous running at up to 160km/h has been proposed by the centre. This will be an alternative to the Siemens facility at Wildenrath in Germany and Velim in the Czech Republic.

The site might also be utilized for the development of hydrogen and battery powered trains along with the ‘next generation’ signaling technology.

A mothballed opencast mine in Nant Helen, northeast of Swansea, and the adjacent coal washery site in Onllwyn is the chosen option, although a number of other potential sites were under study.

According to Skates, the area at the top of the Dulais Valley banks of the coal industry for generations but the era is drawing to a close and there is a huge potential for investment drawing on the existing and the new skills.

It needs equal support from the manufacturers, rolling stock companies, network operators and a range of other stakeholders.At Newport a CAF is currently building a rolling stock factory. This will produce multiple-units for the next Wales & Borders franchise.

Skates also stated that Wales is currently developing as a home for the domestic rail industry and he further wants Wales to be recognized across the UK and Europe and will turn out to be a major hub.