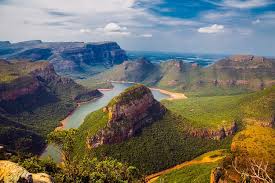 The Tourism Business Council of South Africa expects that the country expects 21 million tourists by 2030.  At, Cape Town International Convention Centre, the tourism council leaders said that hundreds of millions worth of currency would change hands in the coming days.

The World Travel Market (WTM) Africa began in Cape Town and focuses on promoting and networking the tourism industry in Africa. In 2017, $365m (about R5.1bn) was exchanged in business transactions at the three-day event. Nearly 6,000 industry professionals are expected to attend.

Cape Town mayor Dan Plato says that the platforms such as WTM Africa provide us with an opportunity as Africans to share with the world what we have to offer not only as a city, or as a country, but as an African region. The opening seminar focused on the economic potential the tourism industry has for South Africa. Currently, the tourism economy in Cape Town employs around 150,000 people who make it the sector with the highest growth and employment potential.

Other panelists outlined plans to bring more visitors to SA. Tourism Business Council of SA CEO Tshifhiwa Tshivhengwa said the organisation aims to double the number of annual tourists in SA by 2030 to about 21 million.

Gillian Saunders, special adviser to tourism minister Derek Hanekom, said marketing strategies need to change be changed to attract more Africans to South Africa. Often aspirational destinations are in Europe, even though there is nothing wrong with Joburg and Cape Town,” Saunders said. “Aspirational destinations of Africans should also be down here.” The event is hosting about 600 exhibitors and lasts until Friday evening.