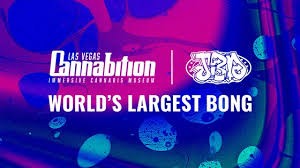 As per the museum founder J.J. Walker it will exhibit the world’s largest bong  which is 24ft tall and fully operating along with cuddly fake marijuana buds. The museum basically focuses on destigmatising marijuana use.

There are different story on cannabis plant permitting the visitors to see cultivation and harvest before one could go into a pool of nugs and enter the Ritual room.

Buying Marijuana for recreational use has now become legal for adults  and after 15 months  this museum has  opened.

Still consuming drug in public is still banned, nine US states, Washington DC including Oregon, Alaska, Maine and Colorado have legalized the recreational marijuana use.

The museum has a perfect selfie zone, there  can be lighting of exhibits- a giant spliff  where visitors can pretend to smoke. The attraction is specially designed for the social media generation.

Those above 21 and over can buy tickets and located in the heart of the city.