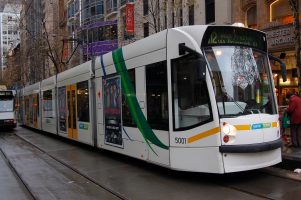 The world’s largest tram network in Melbourne was shut down on Thursday due to tram driver’ strike, who went on to protest demanding pay hike and change in work schedules.

Thousands of people, who rely on the tram network, were forced to take replacement bus service, following the ongoing strike of the tram drivers. The tussle is mainly between the workers’ union and private operator Yarra Trams.

Earlier, the passengers who took to tram service at around 10:00 a.m. were asked to disembark at the next stop.

The tram services were stopped between 10 am and 2 pm with replacement buses running during these hours.

The replacement services prioritized routes around train and bus lines as well as hospitals, shopping centres and universities.

Tram operators opposed work after 90 per cent of their union voted in favour of an increase in wages and as a stand against the hiring of part-time staff.

Apart from demanding a hike in demanding a wage increase, the union is opposing the hiring of more part-time workers as they say it undermines job security.

Yarra Trams says that its new part-time plans will help in diversity and inclusivity but the actual shifts and rosters proposed are not suitable for workers with childcare and caring responsibilities.

Melbourne is popular for its 130-year-old tram network, the largest in the world with roughly around 250 km of track.

Tram is a favourite mode of accommodation for millions of residents in Melbourne and international visitors. Presently, the company undervalues around 1,200 drivers.

Yarra Trams Chief Executive Officer Nicolas Gindt has touted the action as unnecessary and said that the company will be committed to continuing negotiations to reach a positive outcome.

Further industrial action has been planned for Dec. 5 if a deal is not reached.