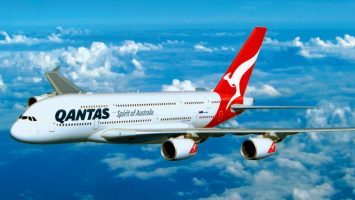 A plane and its passengers are going to test the physical and mental limits of long-haul aviation when Qantas operates the world’s longest nonstop flight from New York to Sydney today.

The 10,000 mile journey will be a kind of test flight of the Australian airline as it will quantify the effect of the long-haul aviation on passengers.

Qantas has not sold the tickets of this direct flight. The 40-member crew, consisting Qantas employees, will be embarking on the journey on Friday and is scheduled to arrive down on Sunday morning.

The airline is going to monitor the effect of the 19-hour nonstop journey. It will check how the passengers behave, such as how much they sleep, what they eat.

The airline is planning to launch the flights commercially on this route in 2022.

Presently, Singapore Airlines holds the record of operating the longest non-stop commercial flight. Its flights 21 and 22, which travelled around 18 hours from Singapore to New York, held the record.

Qantas has limited the weight on board and has also arranged for sufficient fuel so that it can cover 16,000 km journey without refuelling. Two scientists from Australian Universities will be among the 40 crew members that will be on board. They will be monitoring the sleep patterns and other behaviours of the passengers.

The pilots have been given a device which will monitor their alertness and brain waves. The impact of jet lag is also going to be scrutinized.

They are concerned about not being able to take quality rest during long-haul flights and they have suggested signification caution to be taken in the initial exercise. Airbus and Boeing have pitched aircraft for the long-haul-routes of Qantas.

The airline will also be checking the financial viability of the long-haul routes.