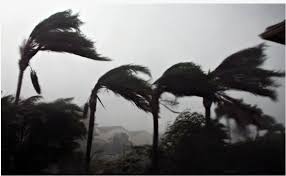 The strongest tropical cyclone in at least a decade is expected to make landfall in Mozambique, a small African nation at the end of the week.

It is expected that this will bring devastating winds and floods to the central coastline of Mozambique. The storm, named Idai, has already strengthened to the equivalent of a Category 3 storm, the third-most severe level on the Saffir–Simpson scale, with maximum sustained wind speeds of more than 111 miles per hour.

It’s expected to make landfall north of Beira, Mozambique’s fourth-largest city, by Friday morning. If that happens, it would be the most severe tropical cyclone to strike Mozambique since Jokwe in 2008, a Category 3 cyclone that killed 13 people and displaced thousands more, Jennifer M. Fitchett, a senior lecturer at the University of the Witwatersrand in Johannesburg, said by phone.

The cyclone may strengthen to a Category 4 or even 5 level, which is the most severe. The Category 4 storm occurring so far south would be unusual, said Fitchett, who’s studied tropical cyclone trends in the southern Indian Ocean.

The powerful and violent winds of Idai can cause “devastating damage” and potable water and electricity may not be available for days or weeks in the affected areas.

The storm system that became Idai moved over central Mozambique and neighbouring Malawi last week, leaving more than two dozen people dead, before it moved back out to sea. Warm waters caused it to strengthen rapidly, before it started moving back toward Mozambique’s coastline.