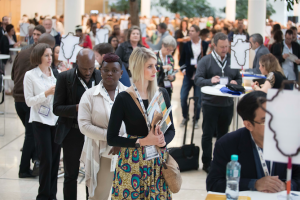 After a successful three days in the Host City of Cape Town, WTM Africa is pleased to report that its pre-audited statistics show an 18% increase in visitor numbers in comparison to 2017, with over 600 companies exhibiting at this prestigious travel trade exhibition.

Chardonnay Marchesi, South Africa Portfolio Director for Reed Exhibitions’ Travel, Tourism & Sports Portfolio explains that they have had an overwhelming amount of positive feedback from exhibitors, buyers and attendees of this year’s WTM Africa and they also saw an increase in exhibitors, visitor numbers, media and countries represented and are eagerly awaiting the release of the audited numbers for WTM Africa 2018

Hosted buyers for WTM Africa 2018 represented a cross-section of over 50 different countries from across the world, with an increase in buyers from Africa in particular who are looking to grow tourism on the continent.

There was a total of 37 African countries represented at WTM Africa across a variety of exhibitors and tourism boards says Marchesi. “We continue to strengthen our presence as the penultimate African travel trade exhibition, and the trust of these exhibitors is testament to that.”

Marchesi also reported that media attendance was up by 8% at WTM Africa 2018 when compared to the previous year, indicating a high interest for the exhibition from local and international media.