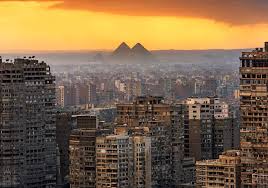 World Travel & Tourism Council (WTTC) report showed that Cairo’s tourism witnessed a 34.4 per cent tourism growth in 2017. Cairo was the fastest-growing travel destination as per its City Travel & Tourism Impact Report, followed by Istanbul (13.1 per cent), Antalya (9.1 per cent) and Tehran (9 per cent). As per WTTC the growth in tourism in these cities was a result of political stability.

In June 2018, Egypt was voted as the most favourable travel destination out of its World Cup group ‘A’ contenders: Russia, Uruguay and Saudi Arabia.

Egypt as a top travel destination is gaining popularity worldwide.

Forbes recently published an article about Egyptian tourism, by travel writer Allison DiLiegro, titled “Why 2018 is the year to visit Egypt”.

After Russia’s decision to lift a ban on direct flights to Cairo, 3.16 million additional tourists are expected to visit Egypt.

In 2018, an annual study by Swiss bank USB on 77 metropolitan areas ranked Egypt’s capital Cairo as the cheapest city in the world.

Egypt has stepped on the gas on the advertising program. Footballers Benzema and Lionel Messi, and international actors such as Hillary Swank and Nicholas Cage have visited the country.

It is active on social media as well. It launched the Instagram page titled ‘Experience Egypt’ displaying stunning images of different cities such as Cairo, Luxor, Aswan and the Red Sea cities.