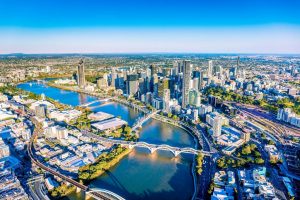 Wyndham Garden Suites, one of the largest hotel franchisor with over 9,200 hotels in more than 80 countries, is all set to debut in Brisbane in Australia.

The hotel will be located in leafy Spring Hill, two kilometres from Brisbane CBD. Spring Hill is home to quirky cafes, restaurants, pubs and bars. It is a 15-minute drive from Brisbane International Airport and within walking distance of the Roma Street Parklands.

The 120-room hotel is slated to be opened in September 2021. With a collection of spacious suites for guests, the new hotel will be owned by Image Developments and will be opened as a franchise agreement with Wyndham Hotels & Resorts.

Brisbane tourism industry is witnessing growth with tourist expenditure increasing 10 per cent in the year ending March 2019, including a 15 per cent jump in international revenues.

President and managing director of Wyndham Hotels & Resorts, South East Asia and Pacific Rim, Joon Aun Ooi, said that the opening of the hotel would give more options to domestic and international guests travelling to Australia and that the group was looking forward to making a debut in more international destinations.

Worth mentioning here that Wyndham’s Southeast Asia and Pacific Rim region, which grew by 22 per cent year-over-year through the second quarter, includes over 24,000 rooms. The group is also planning to foray into other region’s markets.

The Brisbane-based hotel will be in addition to the 116 hotels worldwide across locations in US, Europe, China and South-East Asia.

The hotel will boast of splashes of green and plenty of daylight along with facilities to relax and recharge besides a swimming pool, a fitness centre and an on-site restaurant. The hotel will also have two meeting rooms, which will provide options for various events including training sessions and boardroom strategy sessions.