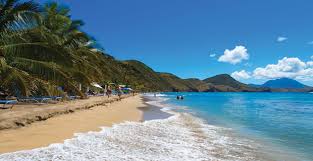 The fight for the economic future of Cuba is being waged on its beaches and at its grand resorts, dive sites and cobblestoned colonial plazas.

As majority of the economy of Cuba stagnates, the country has introduced a full-scale initiation to turn virtually the only bright spot—tourism—into an engine that can draw the remaining of the communist island through its most horrible financial crisis in two decades. In government meetings and propaganda, it has currently aimed at attracting 5 million tourists in 2019—maybe the modern-day equivalent of its Soviet-era dependence on the annual sugar-harvest production.

“In the middle of the hardening of the blockade on Cuba, the activation of Title III of Helms-Burton by the president of the United States, we’re assuming responsibility for injecting foreign exchange and developing the economy,” said Ivis Fernndez, the top tourism official in Matanzas province.

All over Florida Straits, as part of a campaign, the Trump administration is closely aimed on scaling back tourism to the island to suffocate Cuban economy and compel the government of the country to sever ties with President Nicols Maduro’s government in Venezuela.

Trump of late turned on a section of the 1996 U.S. law known as Helms-Burton, permitting lawsuits against foreign companies doing business on properties confiscated after the island’s socialist revolution. Also, Trump’s administration has promised to limit the lawful reasons under which Americans can visit Cuba, saying several people are disguising illegal tourism as educational, religious or other types of travel. Also, the U.S. has banned Americans from supporting a series of hotels and other facilities run by the military conglomerate that controls many of the most important sectors of the Cuban economy.