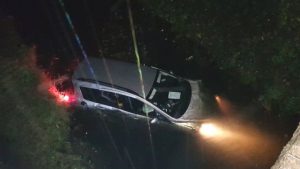 Spray and flooding on roads might elongate the journey times. Some delays to road, rail, air and ferry transport are likely. It is likely that some coastal routes, sea fronts and coastal communities will be affected by spray and/or large waves. Business offices and home may get flooded. short term power loss and other services is expected.  Delays for high-sided vehicles on exposed routes and bridges are possible.

There are no flood warnings but the some areas are put on flood alert.

The Met Office had said, “Some intense bursts of rain, as well as autumn leaf fall blocking drains, increases the likelihood of impacts”.

Yellow is the lowest of the three categories of Met Office warnings which also include amber and red. Red warning represents the most dangerous weather.