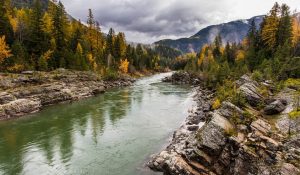 A new report on National Park Service shows that 4.1 million visitors to Yellowstone National Park in 2018 spent $512.6 million in communities near the park. Here the tourism spending supported 7,089 jobs in the local area and had a cumulative benefit to the local economy of $647.1 million.

Yellowstone National Park Superintendent Cam Sholly said that these numbers once again show the enormous positive impacts our national parks have on our local economies. There national parks are one of the very best taxpayer investments in this country. For many reasons, well beyond economics, it’s essential that we invest aggressively to protect these incredible places in the future.

The report also covered the impact of tourism dollars at both Craters of the Moon National Monument and Preserve and Grand Teton National Park. Grand Teton saw 3,491,151 visitors in 2018 and total visitor spending by Grand Teton tourists was $629 million. That spending supported 8,624 jobs in the area and had a cumulative $792 million benefit to the local economy, the report said.

Craters Of The Moon, while not as busy as either Yellowstone or Grand Teton, saw 264,000 visitors in 2018. Those tourists and their dollars supported 131 local jobs. Craters Of The Moon visitors spent $9.2 million locally in 2018. Idaho, as a whole, saw 746,000 visitors who were headed to a national park and they spent a combined $37.4 million in the Gem State, supporting 569 jobs.

The peer-reviewed visitor spending analysis was conducted by economists Catherine Cullinane Thomas and Egan Cornachione of the U.S. Geological Survey and Lynne Koontz of the National Park Service. The report shows $20.2 billion of direct spending by more than 318 million park visitors in communities within 60 miles of a national park. This spending supported 329,000 jobs nationally; 268,000 of those jobs are found in these gateway communities. The cumulative benefit to the U.S. economy was $40.1 billion.

The lodging expenses account for the largest share of visitor spending, about $6.8 billion in 2018. Food expenses are the second largest spending area and visitors spent $4 billion in restaurants and bars and another $1.4 billion at grocery and convenience stores.