Yosemite hotel and restaurant closures expected in response to coronavirus 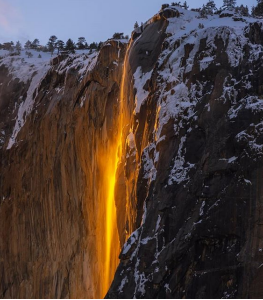 The hotels and restaurants of  Yosemite National Park are expected to close by to diminish the risk of coronavirus (COVID-19) spreading to park visitors and employees of the popular California park. Some Yosemite employees received this information Monday night in an email from the park’s concessionaire, Yosemite Hospitality, a subsidiary of Aramark.

In that email, an Aramark leader wrote that all lodging and food and beverage units in Yosemite National Park would close by noon Tuesday.

“This is (in) response to the CDC recommendation of social-distancing to help curb the spread of the COVID-19 virus,” the email continues. “This closure will remain in effect until March 31st, at which time National Park Service will re-evaluate.”

Mariposa and Tuolumne County public health departments, which cover Yosemite National Park, reported on their websites Monday that there were currently no confirmed coronavirus cases in their counties.

The Centers for Disease Control and Prevention reported nearly 3,500 coronavirus cases in the U.S. and 68 deaths from the contagious virus across the country, as of Monday.

The National Park Service and Aramark officials did not return requests for comment on Monday about potential Yosemite closures.

Yosemite National Park remained open to visitors as of Monday. The park had more than 4.5 million visitors last year.

The Ahwahnee in Yosemite Valley and the Wawona Hotel in Wawona are two of the park’s best-known hotels.

The email from Aramark to Yosemite employees also stated the start dates for employees would be delayed until at least March 31 and that “employees coming back into the park” will not be allowed to check into Yosemite housing until an opening date is confirmed with the Park Service. For employees already in the park, the message continued, visitors are not permitted in Yosemite housing areas for the next 90 days.