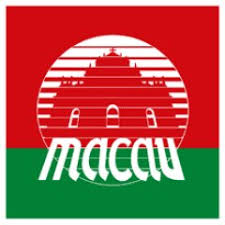 The tourism authorities of Zhongshan, Zhuhai and Macao met in Macao today (6 February) for the 2018 work meeting to sum up their achievements in tourism cooperation last year and formulate the next marketing goals and collaborative projects to implement in 2018.

During the meeting, Zhuhai Culture Sports and Tourism Bureau Director Wang Lingping introduced the collaborative marketing projects of 2018, including multi-destination promotions to be held together in Quanzhou, Fujian Province and Jinan, Shandong Province, as well as riding on mega events held in the three destinations as platforms to promote their tourism resources. In addition, an English version will be produced in 2018 for the food guide of Zhongshan, Zhuhai and Macao, which was printed and released last year, as a tool to encourage international visitations to the three destinations in one trip.

The tourism authorities of Zhongshan, Zhuhai and Macao organized and engaged in a range of successful projects last year, including the Macao & Guangdong･Guangxi･Fujian･Hong Kong tourism presentation in Indonesia, the Macao & Guangdong･Guangxi･Fujian tourism presentation and travel mart in Malaysia, as well as a multi-destination tourism presentation seminar and travel mart of Zhongshan, Zhuhai and Macao in Suzhou. The three tourism authorities then invited the travel trade delegates from Indonesia and Malaysia to Zhongshan and Zhuhai for a site inspection of multi-destination tourism resources in the region. Following the visit, the travel trade launched new multi-destination tourism products in the market. In the latter half of 2017, the food guide of Zhongshan, Zhuhai and Macao was also produced and distributed to the public. The English version is on the way, with the food guide undergoing translation and proofreading at present.

Within various regional cooperative frameworks, MGTO will make persistent efforts in 2018 to forge close collaboration with its counterparts in the region, conduct regular work meetings and develop multi-destination tourism resources in concerted efforts. The Office will also partner with other tourism authorities to capture the opportunities brought by the development of the Guangdong-Hong Kong-Macao Bay Area, to promote their tourism resources and multi-destination tourism products, as all join hands to forge a world-class travel destination.