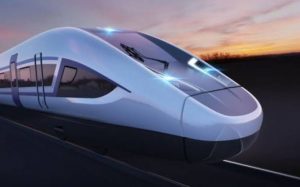 Prime Minister Boris Johnson could scarp the controversial high-speed rail scheme which might give  a huge budget blowouts in shift and acts as a warning for planners who consider a new network of fast trains in Australia.

The government’s so-called HS2 is dubbed as the most exciting transport project in Europe. This would whisk 300,000 passengers a day between London, Birmingham, Manchester and Leeds. Its original cost could have been £34 billion ($65 billion) and the budget climbed to £88 billion earlier this year and might take more than £100 billion to complete.

Johnson mentioned that they are in a new administration. If they come in and there’s a project north of £100 billion probably, they will have to ask themselves it’s only responsible to the taxpayer to ask whether it’s being sensibly spent and that funding is being prioritised right.

The investments will pose many serious questions.

Earlier the Prime Minister had mentioned that he would lie down in front of bulldozers to stop the construction of a third runway at Heathrow Airport. He would have to find some way of honoring that promise.

The Australian officials will closely watch Johnson’e red flag on the HS2 network who are examining the possible fast rail links after decades of stalled progress and longstanding fears that it will get economically unviable.

The doubts over its future highlight the soaring cost of planning and constructing major infrastructure in developed nations as the UK proposal is far bigger than what is being discussed for Australia.