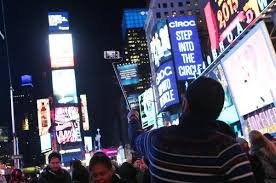 In an expected turn of events in New York’s tourism sector amid concerns of travel restrictions, a record 62.8 million tourists visited the city last year. This was according to the reports published by the official tourism marketing organization of the city, NYC & Company.

2017 was the eighth successive year of success for New York City, especially with regard to tourism. The number of tourists surpassed that of the preceding year by over 2.3 million people. Domestic visitors accounted for 49.7 million with the rest coming from overseas.

Although there was an uncertainty about traveling to the US, Mayor Bill de Blasio reiterated that New York City was open to the world. This was evident in the record number of tourists visiting the city. The much-advertised campaigns: “New York City – Welcoming the World” and “True York City” were considered successful in winning the attention of tourists from different parts of the world regardless of the restrictions coming from the federal government.

With tourists coming in, demand for hotel rooms in New York City also went up. There were an additional 4000 rooms made by the city in 2017 due to the developments taking place. In total, the number of hotel rooms went up to 116,500. Of those who traveled, 13 million were on a business trip to New York.

It is no doubt that New York is a great destination for many people around the world and the city officials are keen on inviting more tourists to the city. The famous attraction sites in the city include the Theater District, the High Line and the Times Square just to mention but a few.