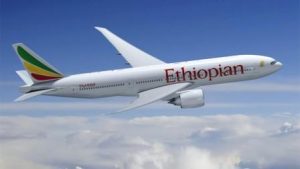 Ethiopian Airlines has started to furlough workers, including crew members in response to the devastating impact of the coronavirus or COVID 19 crisis on the global travel industry.

The union, which represents most of the airline’s 8,000 workers, criticized the decision to lay off thousands of employees with no pay for three months and possibly longer in the midst of a pandemic.

The decision to furlough workers comes as the airline is under pressure to cancel flights to nations that have substantial virus spreads, including flights to China, despite other similar international airlines do so. It had promised to offset losses caused by Covid-19 with an increase in cargo flights and aircraft maintenance. This led to a presumption employees were not at a risk of being laid off at such a large scale, the union claimed.

Most of the employees are being forced to agree to a three-month leave without any payment with little option. If they don’t agree, they have been warned that would be considered as if they have abandoned our jobs at our own will and there will be no employment guarantee once the crisis is over.

The company does not opt for the termination of your employment contract by now and rather we found it plausible to grant you annual leave and leave without pay for specified duration,” the letter reads.

Hence, as per the discussion and consensus reached thereof you are hereby granted 90 consecutive days of leave without pay which will be in effect from April 03, 2020 to July 2nd 2020 after you exhaust all accrued and prorated vacation days.

Ethiopian Airlines says it has laid off only contract employees under an agreement made with their recruitment agencies. All the local flight crew members are hired by the airline directly while custodians and support staff are recruited from agencies as per need request and did not address the issues with flight attendants.