Excessive alcohol consumption restricted in some places of Balearic Islands 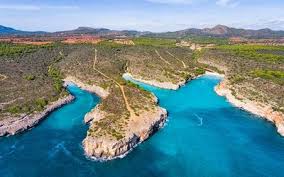 The Balearic islands seeks to clean up the holidaymakers’ act and party could be over for the British holidaymakers heading for rowdy resorts on the Spanish islands of Mallorca and Ibiza.

It is expected that dry January will continue right through to dry December in some resorts as excessive alcohol consumption in certain places of the Balearic Islands.

A new decree has been approved by the island’s parliament to transform the image of some party resorts like Magaluf in Mallorca and San Antonio in Ibiza.

According to the Balearic Islands this is the first standard adopted throughout Europe restricting the promotion and sale of alcohol in certain areas.

An excursion promoting excessive consumption of alcohol is prohibited by the new law.

However, for all-inclusive deals with hotels signed in by tour operators will be allowed to continue.

For ‘party boats’ no new licences will be issued which is majorly focused on attracting on clientele intent on excessive drinking.

In Arenal, Magaluf and Mallorac the new rules will be applicable and on the West End of San Antonio on Ibiza.

The authorities went on saying that the law was aimed to create a more sustainable and respectful tourism model considering the environment, quality of life for residents and visitor experience.

Due to the issues of the unsociable behavior often related to alcohol abuse in certain tourist areas of Mallorca and Ibiza the  reputation of the islands  has been negatively impacted.

Only between 8am and 9.30 pm self-service dispensers and shops selling alcohol can open, the law also restricts jumping between balconies. It had earlier claimed dozens of lives of young British holidaymakers-anywhere in the Balearics.

The new decree says – “People who, despite this law, carry out these practices, will be expelled immediately from the establishment and the action will be treated as a serious offence, both for those who practice it and for those who allow it.”

Initially until 2025 the new law will prevail and if it turns successful it will be extended.