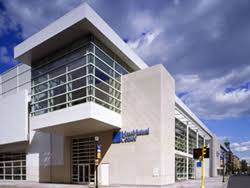 There has been an uptick in tourism in Hampden County and Western Massachusetts as a whole.

A statement released by the Greater Springfield Convention & Visitors Bureau (GSCVB) said that in calendar year 2017, there was a 6.5 per cent increase in direct tourist spending over the 2016.

Mary Kay Wydra, the president of the organisation, said those figures were the latest from the Massachusetts Office of Tourism and Travel, but other metrics indicate that 2018 may have had increases over the 2017 numbers.

Wydra explained to Reminder Publishing that the GSCVB uses Smith Travel Research, which supplies trade information for the hotel industry, to obtain more current figures of room occupancy and rates.

She said the research organisation confirmed that in August and September, hotel occupancy rates increased with the opening of MGM Springfield. Wydra added that because of MGM’s hotel rates, other hotels in the region increased their rates, bringing in more tourism dollars.

Despite that increase, Wydra said, the area was still a very affordable destination. In 2017, tourists to the region spent $608 million, which helped sustain 3,900 jobs and generated $47 million in state and local taxes for Hampden County.

Communications Coordinator Teisha Parker-Goggin of the GSCVB said an additional way for the organisation to gather information is the relationships they have with member attractions. For instance, the GSCVB’s relationship with the Springfield Museums led them to understand the impact made by the opening of “The Amazing World of Dr. Seuss”, she noted.

Parker-Goggin said there is a “renaissance” in downtown Springfield with new businesses such as Naismith’s Pub & Pretzel, Art-e-Pizza, Hot Oven Cookies, The Shops at Marketplace and the announced White Lion Brewery and Taproom opening later this year.

The attendance figures at the Springfield Thunderbirds – which have included sell-out audiences at the MassMutual Centre – also add to the understanding about levels of tourism.