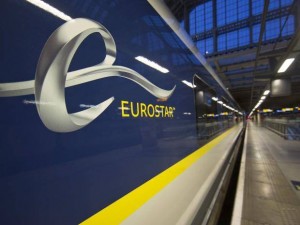 The existing disputes between the French rail workers and SNFC has led to train disruption between London and Paris on Friday and Saturday.

The French rail operator employs some of the Eurostar train staff. So far, four services through the Channel Tunnel have been cancelled, this includes a key Friday evening departure starting from London St Pancras.

However, the train operator mentioned that at present they expected 95% of their services to run on Friday and Saturday.

The days affected by strikes will reach 20 since the start of April.

The passengers affected by the disruption have been offered seats on alternative trains or full refunds.

In protest against the modernization plans and opening up French railways to competition the rail unions in France are halfway through a plan to stop work for 48 hours every five days until the end of June.

The members of the National Union of Rail, Maritime and Transport Workers( RMT)  employed by the Northern will again go on strike next Thursday and  Saturday , 24 and 26 May.

The general secretary Mick Cash stated that it will be a tribute to the determination and professionalism of RMT members on the Arriva Rail North for remaining rock solid for more than a year to put public safety before private profit. The union is in dispute about the role of guards.

Without a safety critical guard on board the German -owned Northern Rail want to run half a million trains a year in a move that would wreck both safety and access to services.
It is expected of them to listen to their front line staff and pull back from the plan immediately.

Until the end of franchise the train operator want to talk about modernizing with RMT that will guarantee jobs and pay for their 1,300 conductors for the coming 8 years.
It will get harder for the Northern to give long-term assurances and commitments if more strike action goes on.

Mayor of Manchester, Andy Burnham, asked for an inquiry to decide if Northern is in breach of its franchise agreement.

He further mentioned that Northern Rail passengers deserve better service which they had been forced to take during the recent months.The train operator mentioned that the Northern wants to modernize its services which will enable the North as a better place to live and work.