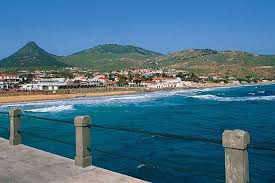 The Portuguese island of Madeira has been voted once again as the Best Island Destination in Europe for a record sixth time.

Having won the award for three consecutive years, the idyllic volcanic isle surpassed its contemporaries, bagging the coveted award in Funchal.

The Portuguese archipelago, made up of the islands of Madeira, Porto Santo and the Desertas, is known for its wild beauty and subtropical climate, making it the ultimate perennial escape.

Madeira beat the likes of Crete, the Balearics, Cyprus, and Malta, which were nominated for the 25th World Travel Awards. The prestigious awards felicitate best tourism practices throughout the world.

Madeira forms part of an archipelago south-west of Portugal along with Porto Santo and the Desertas islands, enjoying a sub-tropical climate, with a mild temperature throughout the year.

In addition to its breathtaking natural beauty, with its mountainous terrain and rugged coastline, it is also a favorite with foodies, while its location in the middle of the Atlantic also makes it a prime spot for scuba diving as well as dolphin and whale watching.

Meanwhile, beach lovers also head to Porto Santo, known as the “Golden Island,” for its turquoise waters and silky sands.

Portugal did well in the awards on the whole, bagging Europe’s Leading Destination for 2019, and Lisbon was named best city break destination.

The Algarve was crowned leading beach destination and the five-star Hotel Quinta do Lago was named Europe’s Leading Beach Resort for 2019.