Rajasthan to add ‘battlefield tourism’ for boosting footfalls in the region 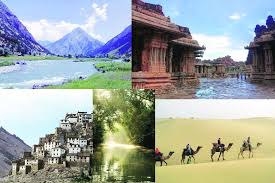 The Indian state of Rajasthan may soon add ‘battlefield tourism’ to its product bouquet to boost tourism in the region.

The Indian Heritage Hotels Association (IHHA) will be exploring places that could be promoted as battlefield tourism as part of new tourism strategy of the state. As Rajasthan stood witness to many historical wars and has many interesting war sites, the state has huge potential in terms of such special kind of tourism.

Lieutenant General Cherish Mathson, general officer commanding-in-chief of South Western Command of Indian Army, will be introducing this concept to the hoteliers, which is already popular in the United States and South Africa. To start with, the abovementioned battlefields are expected to be used to boost battlefield tourism.

The IHHA president Gaj Singh further mentioned that to arrive at a road map for the resurrection of this region, there is still a long way to go and overcome hurdles by debating, deliberating and exploring.

Though this plan is still in its nascent stage, it is expected that when the portfolio of Rajasthan Tourism is beamed with ‘battlefield tourism’, it will definitely attract tourists in huge numbers.

Talking of battles fought in Rajasthan, some of the important ones are—the Battle of Jalore (1310-11), which was fought between Alauddin Khalji and Kanhad Deo. And after a long war, khilji defeated Deo. Then the Battle of Sammel was fought here when Sher Shah Suri gained victory against the army of Jaita and Kumpa. The other significant battles fought were the two Mughal invasions of Marwar by Akbar from 1562 – 1583 and by Aurangzeb from 1679 to 1707.